We are pleased to announce two translation competitions: Her Gyfieithu and the Translation Challenge.

This year the competition focuses on the Arab region and highlights its multilingualism. The two poets whose work is being translated are the Palestinian poet Asmaa Azaizeh (from Arabic into English) and the francophone Algerian poet Samira Negrouche (from French into Welsh). The adjudicators are Yasmine Seale and Siân Melangell Dafydd.

The competition (Translation Challenge) is open to translators living in Wales or identifying as Welsh, and is managed by Wales Literature Exchange, Wales PEN Cymru and Literature Across Frontiers, in collaboration with Cymdeithas Cyfieithwyr Cymru, University of Wales Trinity Saint David and O’r Pedwar Gwynt.

[Read about this year’s Her Gyfieithu here]

An award ceremony for both Her Gyfieithu and Translation Challenge will be held online or in person with the winning translators on Wednesday 29th September 2021. The winning entry will be published online by Poetry Wales.

Pay £6 entry fee (unless you’re a member of WPC) 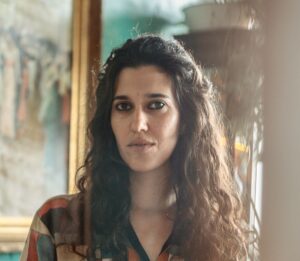 Information about the poet, Asmaa Azaizeh

Asmaa Azaizeh (1985) is a Palestinian poet based in Haifa. She has worked as a journalist for Palestinian and Arabic newspapers, as well as a presenter for television and radio, and became the first Director of the Mahmoud Darwish Museum in Ramallah in 2012.  She won the Young Writer Award from the A. M. Qattan Foundation in 2010 for her first volume of poetry in Arabic, Liwa. Her second collection, As The Woman From Lod Bore Me, was published in 2015. Her most recent collection Don’t Believe Me If I Talk To You Of War was published in 2019 in Arabic, Dutch, and Swedish. Her poetry has been translated to English, German, Spanish, Farsi, Swedish, Italian, Greek and Hebrew, among others.

Information about the adjudicator, Yasmine Seale 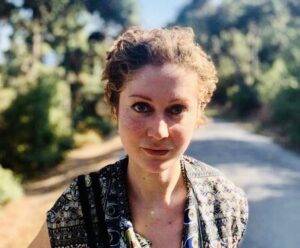 Yasmine Seale is a British-Syrian writer, translator and artist. She has translated many texts, classical and contemporary, from the Arabic and French, and her essays, poetry, visual art, and translations have appeared most recently in Harper’s, Poetry Review, Times Literary Supplement, Apollo, Asymptote and Wasafiri.  Aladdin: A New Translation came out with W. W. Norton in 2018. Current projects include a new translation of One Thousand and One Nights for the same publisher. Agitated Air: after Ibn Arabi, a correspondence in poems with translator Robin Moger, is forthcoming from Tenement Press.