An evening of music and poetry to support Kurdish and Turkish writers who have been imprisoned for speaking out has been organised in Caernarfon by the newly formed North Wales group of Wales PEN Cymru. 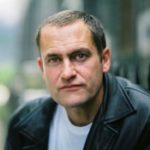 National Poet for Wales, Ifor ap Glyn, will lead an evening featuring Kurdish singer/ songwriter Ali Sizer, Turkish playwright Meltem Arikan and leading North Wales poets. Both Ali Sizer and Meltem Arikan are exiles now living in Wales and as well as telling their stories the evening will highlight the plight of Kurdish and Turkish writers who are in jail, many of them with no trial date and in solitary confinement, for having the courage to tell the truth. The evening celebrates their bravery and expresses solidarity with all who fight for freedom of speech.

PEN is an international organisation and a leading voice of literature worldwide, which defends freedom of expression and promotes literature and linguistic rights. It campaigns on behalf of  writers around the world who are persecuted, imprisoned, harassed and attacked for what they have written.

Wales PEN Cymru is one of the 145 PEN centres in more than 100 countries across the world. It runs projects and events throughout Wales, particularly aiming to support refugees, asylum seekers and all displaced people who are living in Wales, and to campaign for those in prison for what they have written.

The new North Wales group of Wales PEN Cymru welcomes everyone to its first event. This will be a rare chance to experience some Kurdish and Turkish culture. Ali Sizer is one the best exponents of traditional Kurdish music and Meltem Arikan is a prize-winning Turkish author. Furthermore, Ifor ap Glyn will be introducing some of North Wales’ finest poets. This is an evening not to be missed.