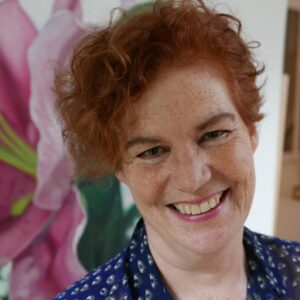 Born 1961 in Ankara/Turkey, Zafer Şenocak has been living in Germany since 1970, currently in Berlin, where he has become a leading voice in the German discussions on multiculturalism, national and cultural identity, and a mediator between Turkish and German cultures.

Şenecak’s ‘Nahaufnahmen’ (Close-ups) presents a sequence of seven poems in a characteristically self-conscious, spare and sinuous poetry. The poem starts with a declaration ‘Setze mich zusammen aus Worten’ ([I’m] composing – literally putting myself self together – in words). And the seven poems offer such linguistic snapshots with language itself squarely in the frame: ‘the wind will whistle up vocal chords for itself / language will revive’ (or ‘be resurrected’ – one of the decisions is how far to take the religious vocabulary in the poem).

‘The poem’ is mentioned casting ropes out into the world and indeed these poems seek out the ‘rain poet’, the Iraqi poet Badr Shakir al Sayyab (1926-1964) perhaps one of the most influential poets of the Arab world, to go on a journey to find the poet with no address: the Chilean poet and Nobel prize winner Pablo Neruda (1904-1973). So a highly self-conscious sequence in a language at once condensed but also light of touch; the poems bristle with powerful and precise images but also a kind of syntactical looseness made visible in the blank lines and the complete lack of punctuation. The first test was grammatical: simply understanding how the clipped grammatical relations function in the poem. Subjects are often missing but comprehensible from the verb forms – the first line quoted above is a case in point.

Several of the contestants confused subjects and objects, singulars and plurals or mistook possessive pronouns. Then there are several of the always tricky reflexive constructions which threw people off: ‘lass dich kneten Bruder (‘allow yourself to be kneaded, Brother’); several impersonal constructions which demand interpretation; or the abstract nouns that are often so difficult in German (here, for example, ‘die Schützenswerte’, the feminine thing/person deserving protection). German grammar is more rigid than English grammar and so can sustain grammatical relations across these strung-out sentences much more easily than English, where a nudge is often needed so the reader can follow. Then there are the shifts in tone from the use of conversational slang, to the exotic or religious often with subtle inversions of word order to imply a high register. And finally, there are the images – often obscure, and often dependent on neologisms that are interpretable (if at all) by analogy with existing words but are so difficult to pin down. A very challenging terrain indeed, then, and the contestants rose to the challenge.

The winning entry by Eleoma Bodammer stood out at once, following the sinuous language to perfection and entirely in tune with that spare voice. But it also managed to capture the idiomatic tone and the elusive poetry: even hinting at the moments of rhyme and assonance.

After that several contestants did a very commendable job on what was really a very difficult task, though brought down occasionally by misunderstandings: here PenGwynBotk deserves special mention on account of the poetry of their version.