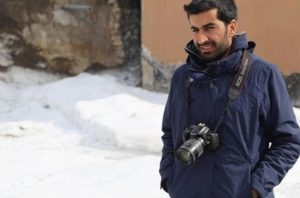 Over 650 writers, journalists, publishers, artists and activists are calling for the immediate and unconditional release of news editor, reporter and poet Nedim Türfent. Today marks 1000 days since he was arrested and sentenced to eight years and nine months in prison on trumped-up terrorism charges following an unfair trial, during which numerous witnesses said they had been tortured into testifying against him.

In an appeal published today (5/2/19) by the International Press Institute (IPI), the Media and Law Studies Association (MLSA) and PEN International, signatories from around the world pledged their support for Nedim Türfent and his fight for justice. The letter reads:

‘Today, we are writing to let you know that you are not alone. We stand alongside you and unite our voices to call for your immediate and unconditional release. We will continue to fight for the rights of journalists and writers – in Turkey and around the world – to be able to write freely, and for all those jailed for peacefully expressing their views to be free.’