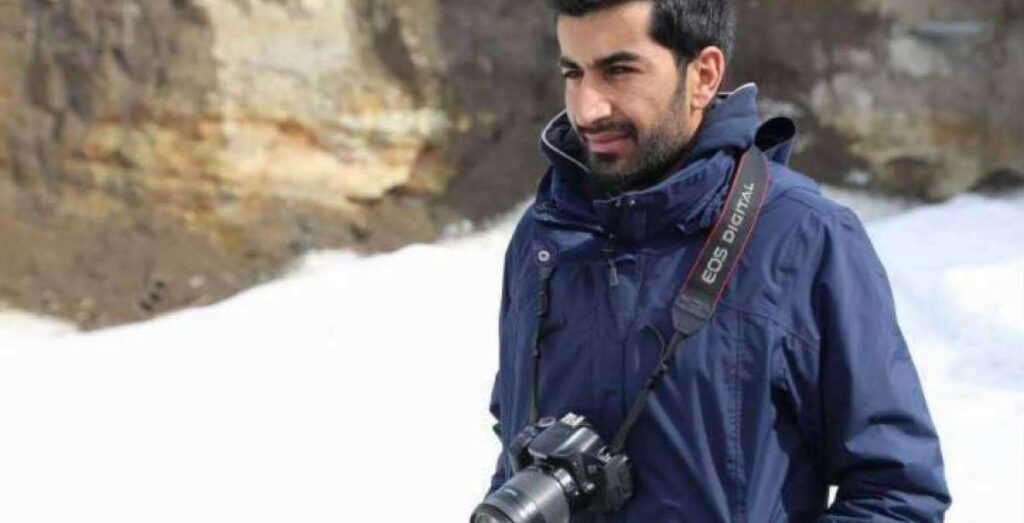 Türfent, who was predominantly reporting on the Kurdish issues, was detained on May 12, 2016, shortly after reporting on Turkish special police forces’ ill-treatment of around 40 Turkish and Kurdish workers. They were handcuffed behind their backs before being forced to lie on the ground in the south-eastern city of Hakkari in Spring 2016. In video footage taken by Türfent and published by the now-shuttered pro-Kurdish Dicle News Agency, a police officer was seen shouting to the workers: ‘You will see the power of Turks! What did this state do to you?’ apparently alleging that the workers have links to the outlawed Kurdistan Workers Party (PKK).

Right after the release of the footage, Türfent began receiving death threats from the police in the form of funeral photos. An online harassment campaign was launched against him in April 2016 including death threats and insults and anonymous or bot accounts asking about his whereabouts.

One day after his arrest on May 13, 2016, Türfent was charged with ‘membership of a terrorist organisation’. The indictment was first produced 13 months after his arrest, at the first hearing on June 14, 2017. By that time, Türfent had already been jailed for 399 days.

Of the 20 witnesses called in the ensuing trial, 19 said that their initial statements against Türfent had been obtained under torture. Yet the court sentenced him to eight years and nine months in prison in December 2017. The judicial proceedings were quick by Turkish standards and amounted to a show trial intended to punish Türfent immediately for his truth-telling journalism. Türfent was denied the right to attend his own trial in person, one of many fair trial violations. On May 21, 2019, Turkey’s Supreme Court of Cassation upheld his sentence. His case is now pending before the European Court of Human Rights.

June 21 marks 1,500 days that Türfent has spent behind bars, deprived of his freedom and the right to practice his profession – journalism. Imprisoning journalists has long since become the preferred shortcut of Turkey’s authorities to punish news they find ‘disturbing’. Show trials of journalists under ‘anti-terror law’ and continued repression of especially pro-Kurdish media outlets created an immense pressure and chilling effect on the journalists who report from the Kurdish-populated areas in Turkey.

We call on Turkish authorities once again to stop this injustice!

“Nedim Türfent should never have been detained in the first place, yet today we mark his 1500th day behind bars in this gross miscarriage of justice. Evidently, he is imprisoned for simply doing his job as a journalist, and he must be released, unconditionally and without delay.”

“For the ‘crime’ of doing journalism, Nedim Türfent has now spent 1,500 days in prison. He has been harassed, targeted, threatened and deprived of his freedom. Turkey must end this injustice and release Nedim immediately as well as all other journalists in Turkey jailed for doing their jobs.”

“Nedim Türfent was detained, subjected to torture and prosecuted as a result of his reporting on the repression of the Kurdish community. Tens of witnesses were forced to testify against him. These witnesses stated that their initial testimonies were given under torture. Despite the subsequent withdrawal of their statements, the court sentenced Nedim to eight years and nine months in prison based on the initial witness statements. Nedim has been imprisoned for 1500 days for his journalism for which he should have been rewarded. We call on the ECtHR to give priority status to his application to review his case and rule on the violation of his rights. We also call on the government of Turkey to put an immediate end to this injustice. Nedim’s story is the Kurdish journalists’ story in Turkey. Therefore, we expect a long chain of solidarity to be established for Kurdish journalists in Turkey.”