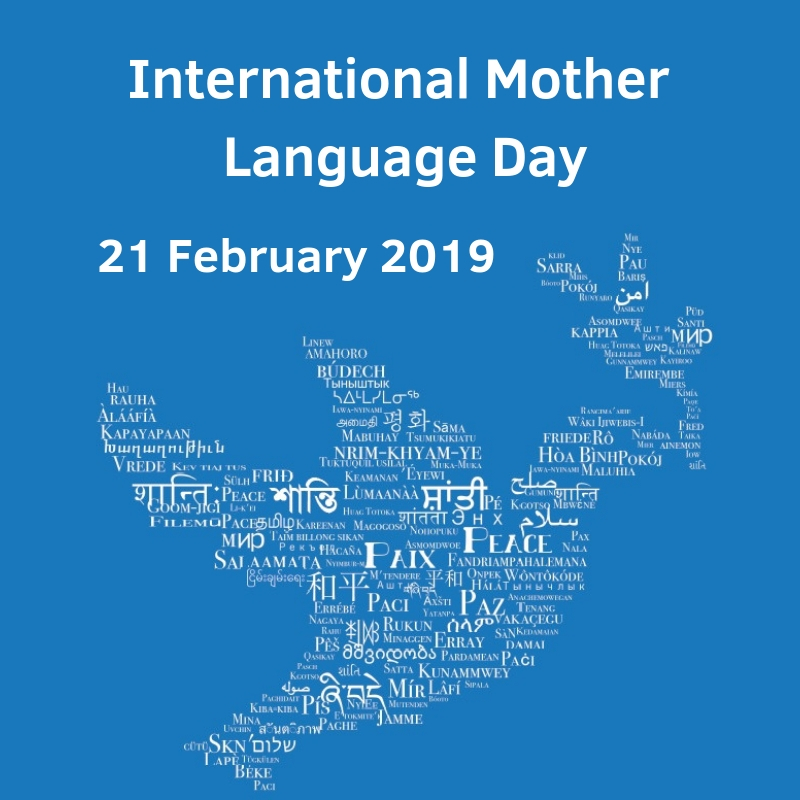 21st February was declared to be the International Mother Language Day by UNESCO in 1999. It has been observed annually throughout the world since February 21st, 2000.

The purpose of International Mother Language Day is to promote and celebrate linguistic and cultural diversity – and to recognize and protect the human rights that minority and indigenous people have in the context of language.

The idea was the initiative of Bangladesh, where 21 February is the anniversary of the day when Bangladeshis fought for recognition for the Bangla language.

Language is for many one of the essential markers at the core of their identity, and this dimension is a most uniquely human trait that must be embraced and celebrated, a UN human rights expert says.

“It is the essential link to our past, the main bond for our cultures, and the essential tool to communicate and share knowledge, memory and history”, Fernand de Varennes, a UN human rights expert specialising on the human rights of minorities, said in a statement to mark International Mother Language Day on 21 February as well as 2019 as the UN International Year of Indigenous Languages.

The Special Rapporteur indicated that “language issues often involve important human rights matters for both minorities and indigenous peoples beyond purely linguistic and cultural matters.” He indicated that language is also power, and the absence of education in minority and indigenous languages or their use by state authorities has been a contributing factor to exclusion and even denigration.

“As part of the celebration of the richness and beauty of the world’s linguistic tapestry, it is essential to move away from the ideology that societies and states should only have one language to the exclusion of all others when this clashes with the linguistic rights of minorities and indigenous peoples. International Mother Language Day is thus an opportunity to promote and celebrate linguistic and cultural diversity – and to recognise and protect all the human rights of minorities and indigenous peoples relating to language.”

Language and education will also be the focus of the UN’s 2019 Forum on Minority Issues, and of upcoming regional forums organised under the mandate of the UN Special Rapporteur Fernand de Varennes.